We are deeply saddened to inform you that, our colleague Jacek Szamrej died Oct. 13 from a heart attack. He was 61. 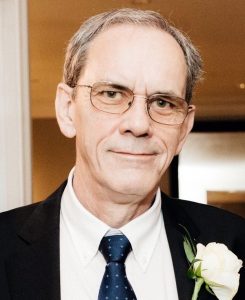 Jacek was a long-time employee of the ISS.

At the University of Warsaw, Jacek Szamrej worked on computer models of social behavior. His model called “Nowak-Szamrej-Latane” is the most cited model in the Dynamical Social Impact Theory. Jacek helped bring the Internet to Poland and set up one of the first servers in Poland at the University of Warsaw. He created the first IT system for transactions on the Stock Exchange in a free Poland, and he also created the world’s first monitoring system in the power sector. He moved to the United States and started from zero, and built a successful career working in electric utilities and cybersecurity first in Vermont, and then in Georgia.
In our memory, Jacek was an invaluable computer man in ISS. In the times when the Internet was only a curiosity used mainly by the army and scientists, he showed us what the term “cybersecurity” means.
Posted in Bez kategorii.