The Scientific Committee for Evaluation of Scientific Units (KEJN), in assessing the achievements of scientific institutions in Poland for the years 2013-2016, awarded the Robert Zajonc Institute for Social Studies “A” category, confirming the highest level of research carried out in ISS and its significant scientific potential. Thank you to all who contributed to this excellent evaluation of the Institute!

Congratulations to Marta Marchlewska, a graduate of doctoral studies ISS, winner of numerous awards and grants, on the defense of her Ph.D. Thesis. Her doctoral dissertation entitled “Autobiographical Memory in the Service of Me: The Role of Visual Endangering Events from Autobiographical Memory” has been written under the supervision of prof. Mirosława Kofta, supporting promoter was Aleksandra Cichocka.

To commemorate Professor Zajonc’s role in its founding, ISS was proudly renamed the Robert B. Zajonc Institute of Social Studies. 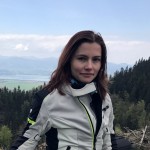